Tired of the privacy invasion of the Chrome webbrowser? Worried about the risk of seeing ads everywhere? Give the Brave Browser a try. It supports all the same Chrome extensions, with none of the telemetry. It auto-blocks ads and helps support content creators like me.

Give the Brave browser a try »

I have a pretty old Synology NAS at home that I use for some basic file storage. I also abuse it as a cron-server, doing some simple rsync’s from remote systems. When I last tried to SSH into it, I was greeted with this error.

Turns out my clients’ SSH was updated and was blocking several insecure ciphers by default. And this Synology runs an ancient SSH daemon, that only supports those ancient outdated ciphers.

Force a set of ciphers your client supports

To check which ciphers your client supports, run this:

In this list are several ciphers that are supported by my ancient SSH server as well as the client, they’re just blocked by default on the client. Things like 3des-cbc, aes128-cbc, aes256-cbc, … etc.

To enable those ciphers anyway, you can force their use with the -c parameter.

This will re-allow access to that ancient SSH server.

Update: recent versions of Synology allow you to change this

If your Synology is up-to-date, you can navigate to the Controlpanel > Terminal & SNMP > Advanced Settings. 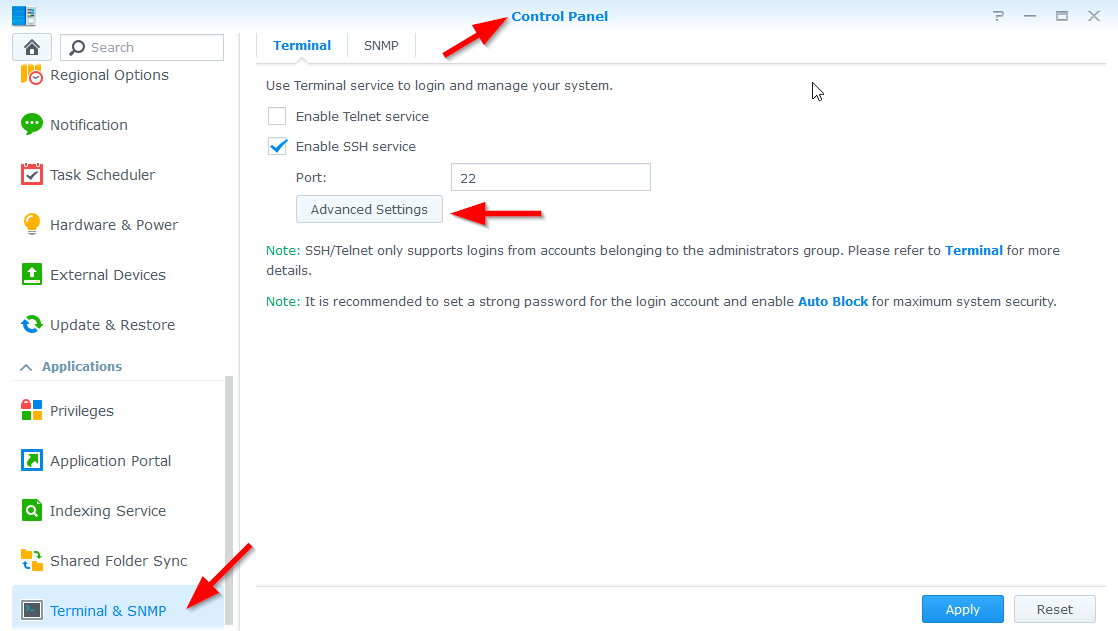 In there, pick the High advanced settings for the encryption algorithm. 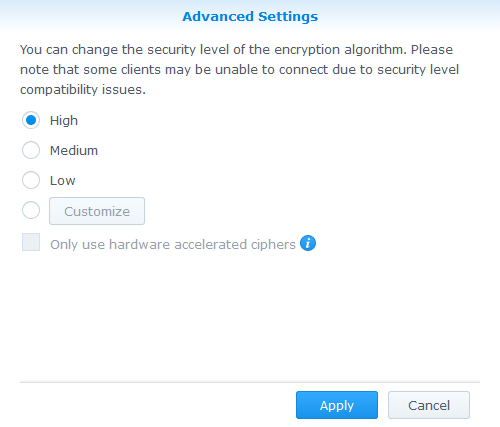 Now give it a try again!