What happens to a new URL the first 10 minutes on the internet?

If a URL is never indexed, and no one visits it, does it even exist?

These kind of existential nerd-questions make you wonder about virgin URLs. Do they even exist, URLs that have never been visited? And as a result, what exactly happens if you hit publish on your blog and send your freshly written words out onto the World Wide Web?

I’ll dive deeper into the access logs and find out what happens in the first 10 minutes when a new URL is introduced onto the web.

I’m testing with my own website, which is WordPress based. WordPress is pretty smart when it comes to publishing new posts, it pings the right search engines and social networks (if enabled) and lets the world know you have new written new content.

If you’re writing this on a static site generator or just plain ol’ HTML, your mileage may vary.

These tests were conducted without any social network pinging, I did leave the default “Update Services” list enabled. And as it turns out, that’s a pretty damn long list.

You’ll probably see these couple of hits as the first ones in your access logs:

The first few hits aren’t really special. The extravaganza comes in the next part.

Considering the volume of data they process on a daily basis and the amount of search queries they get per second, it’s hard to image there’s room to index more.

After a single minute, the blogpost shows up as part of the Google+ social network search results.

And within 20 minutes, Google’s “normal” search results have the page completely indexed.

This just blows my mind.

As soon as you share your new URL on social media, your server receives multiple HTTP requests in order to create a description, title and cover image for that social network. 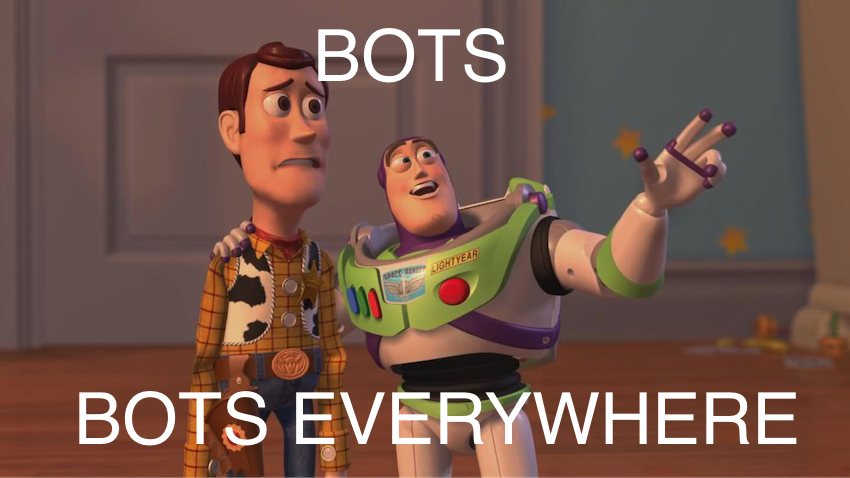 Each of those services fetches your URL and means at least one HTTP call to get your content. Probably more, as they continue to fetch images, stylesheets, check your robots.txt, …

Within 10 minutes, I had a total of 33 bots visit the new URL. Most of these I have never heard of.

There’s No Such Thing As a Virgin URL

Checking my own access logs, I don’t believe there are URLs that have never been visited.

They may not have been visited by real humans, but they’ve been indexed at least a dozen times. By services you don’t know. That treat your data in ways you don’t want to know.

It seems strange to have all these kind of services do their own indexing. Imagine the overhead and waste of bandwidth, CPU cycles and disk space each of these bots is consuming. Since most of them are offering competing services, they’ll never work together and join forces.

That means if Google Analytics is showing you an average of 1.000 pageviews a day, you can safely assume your server is handling 3.000 to 4.000 pageviews, just to serve the bots, RSS aggregators and link fetchers.

It’s a crazy world we live in.